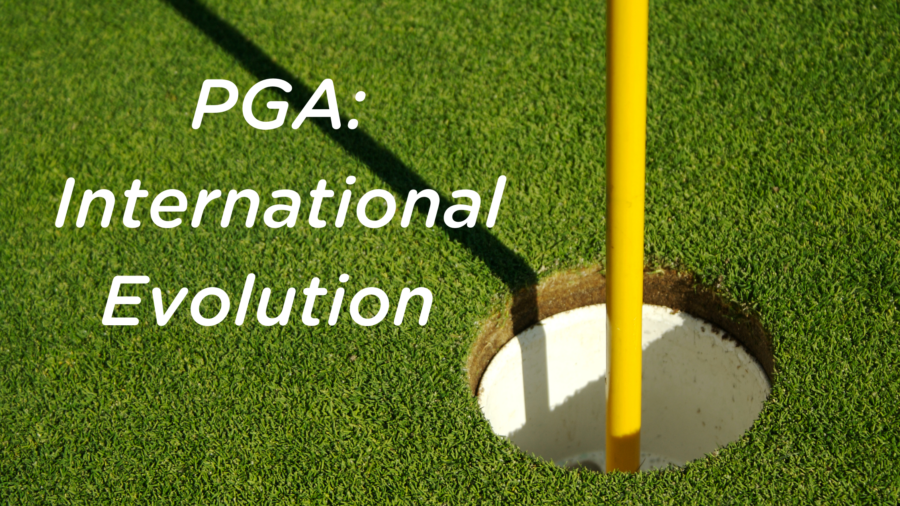 What is this blog about?

This blog is about how the PGA Tour expanded internationally in 2017 to strengthen its position as the world’s wealthiest professional golf circuit. PGA’s financial strength, extensive media coverage, and growing tournament prizes for players helped attract the best golfers worldwide. Internationalization was one of PGA’s most significant growth opportunities in 2017 and just one approach to cultivate the Tour. Facing competition from the European Tour, PGA leaders evaluated the best international growth strategy to compete against The European Tour and continue to grow The PGA Tour.

This paper is based on the International Journal of Case Studies in Management, Volume 16 Issue 4, Issued December 2018: The Internationalization of the PGA Tour, case prepared by David Pastoriza and Patrick Coulombe.

Growing up, my dad and grandpa always watched golf tournaments on T.V. I tried to ask questions to learn more. I found it pretty dull. Fast forward ten years, I tried my hand at golf and learned right then and there: I do not have the patience for golf. I don’t even have the patience for put-put. But, I do have an interest in business. I’m earning my MBA from Cleveland State University, and last semester, I took a mandatory International Business class that was nothing short of fascinating. Most of the undergrad marketing classes surrounding the topic of international business focused only on how global companies like Mcdonald’s changed the Big Mac toppings to tailor to the local diet and palette. However, this class took a different approach – probably the worst nightmare to all students – case studies! Each week, we were assigned two cases that were about 15 pages long. We had to summarize each case in a one-page paper.

While most papers focused on companies I had never heard of, I was mildly excited to see the PGA Tour as a chosen firm. Not because I enjoy golf, but because I could relate to the material on a personal level.

And for those like me who don’t know: the PGA Tour 2021 is just wrapping up. I’ve heard stories about how much money the players make, so I was shocked to read this study to learn how players’ compensation has evolved. The challenges leaders faced to expand internationally successfully. In honor of our AMA Greater Cleveland focus on International Business, let’s drive into the PGA Tour’s international expansion based on my paper and case evaluation in my class.

Why should I keep reading?

Full discloser: I earned an A in the class and received a 9.9/10 on this paper – so please have complete confidence reading ahead that you will learn a thing or two!

Technology Supports International Business. Our world is becoming more connected through technology. Whether you are selling B2C, B2B, or selling your service, your customer can be around the corner of the world.

Marketing Supports the Bottom Line. Some of the important takeaways don’t revolve around marketing. An effective leader understands how all aspects of business work together.

Know Your Customer. Different cultures value different processes, communication methods, cultivation. You as a marketer must understand the customer’s values so that you can effectively promote the benefits of your product/service to your desired market.

Value of Lessons Learned. The successful strategy of the PGA could be implemented in other fields. As you read, consider the challenges your industry or firm is facing. Could any of PGA’s pivots help you succeed?

About the PGA Tour

The PGA Tour consists of 40-48 tournaments, seasonally, with locations chosen strategically to help players who pay for their travel and accommodations. Of these tournaments, 36-44 are controlled by the PGA for profits, while four major tournaments, the most prestigious, are not run by the PGA and provide no financial gain for The PGA Tour.

Competitors for tournaments are determined by PGA Tour cards where players can be offered an invitation to a tournament in four ways:

(1) finishing among the top 25 best players in the development tour for US-based PGA Tour,

(2) earning a card on the Web.com Tour Final Series, bringing winners and losers from the development tour,

(3) winning a tournament after being invited by a title sponsor to play, and

(4) finishing in the top 125 in the PGA Tour of the current season.

Players signed over their media/image rights to PGA Tour and agreed to specific standards of conduct. Players seek and accept endorsements for revenue on and off the field. Prize money is divided into winners through a system as follows: 18% to winners, 10.8% to second-place, etc. Venues pay the PGA a rental fee and a small commission as they benefit from the media publicity. Volunteers manage the event, and the proceeds benefit a local charity.

(1) fees by title sponsors: Title sponsors pay between $8 and $13 million U.S. dollars to have their name associated with the PGA Tour.

(2) revenue from contracts with television paid in advance to secure the upfront expense of multiple cameras, etc. Deals were signed in 2011 with NBC and CBS and then with the Golf Channel in 2007. Think about this: miles of cables, cameraman following the players on foot, plus cameras in towers = expensive. Providing title sponsors to media minimizes risk.

To overcome space limitations from different golf tournaments, the PGA built their chain of public and private courses, TPC. The courses had grandstands so spectators can comfortably observe the sport, and each was made with space for hospitality areas and television production – money-making areas.

In addition to larger space for more ticket sales (TPC Scottsdale welcomed 530,000 guests in 2006, followed by 655,000 in 2017), the courses provide rent-free venues. They are also open year-round to recreational golfers for yet another source of revenue.

These are primarily based in the U.S.  but think internationally. How much more money could the PGA Tour make creating TPCs globally?

The European Tour models many PGA tour practices, including operating as a nonprofit, number of tours, access to pay, generating revenue, and paying players. However, the European Tour is successful because of its player-first approach, where players can wear headphones and loud-music is encouraged for a more consumer-entertainment-focused system.

Also, the European Tour pays for a portion or all of their player’s travel. Compared to the PGA Tour at this time, this was a competitive advantage of the European Tour. If the PGA Tour adopted this strategy, it would help secure the most popular talent at local and international tours to motivate more profitable title sponsors at current and future events.

The European Tour also hosts rookies’ opportunities to play with all-stars and invites fans to watch through “exclusive” television content. In addition to creating new revenue streams, this strategy from the European Tour also built deeper connections and customer loyalty to fans and players.

The PGA Tour announced PGA Tour China in 2014 with 12 tournaments and then increasing to 13 in 2016. China doesn’t have a professional golf tour of its own, and the Tour was canceled in 2017. Commissioner Monahan referred to a difference of opinion between the China Golf Association and the China Olympic Sports Industry.

The lesson here: know your audience. While we don’t know what went wrong, the cancellation shows problems with communication and execution. Before expanding internationally, it’s important that leaders in all parties clearly understand expectations regarding outcomes, communications, governmental regulations, and more.

This assignment’s challenge was to determine what The PGA Tour should do next to support a successful international expansion strategy.

Since the focus of this case study was in 2017-2018, we can quickly search to see some adjustments the PGA Tour has made in response to these challenges:

Have you noticed have international moves from the PGA Tour other than what was mentioned?

Katie Boland joined Northeast Ohio’s AMA as Secretary in July 2019. She graduated from Cleveland State University in 2011, with a Bachelor’s Degree in Marketing, and will be heading back to her Alma Mater in Fall 2019 for her MBA. Katie is looking forward to learning from other members’ experiences and points of view, and having the opportunity to share her own. She likes to be “doer” is excited to learn some good proactive habits of community marketers and stay on top of current tools and trends related to digital marketing and social media.