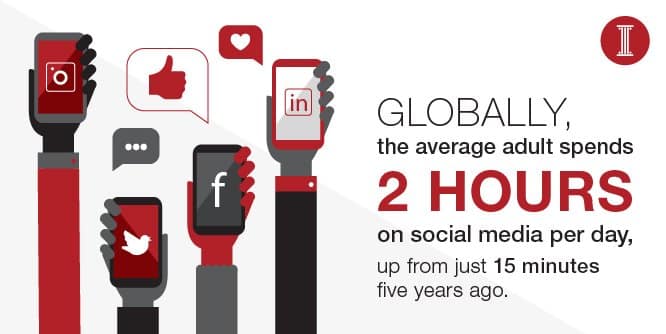 My name is Lukas, and I’m a technology addict.

I’m willing to bet you are, too.

Have you ever posted a status on social media, then habitually checked back to see if anyone acknowledged it?

Do you know that feeling of post-post tension when you’re wondering if people will find your words entertaining or interesting enough?

Have you experienced the exhilarating rush that comes with realizing you have way more Likes on a post than you had expected?

While it sounds a bit pathetic that we’d try to derive approval in this way, chances are that most of us have been there. Why? Because we are social creatures by nature, and while social networks may not be classified as drugs, they—along with many other digital apps and experiences—create the sort of neurological responses that can lead to real addiction.

The results are in: We’re hooked.

A recent article by Hal Conick on “Social Media, Smartphones and Other Drugs” in the American Marketing Association’s “Marketing News” magazine took an in-depth dive into the scale of social media addiction, why we get hooked on digital applications and the ethics of creating products so attention-grabbing that they may be harming the users. It’s a long read, but worth the time as it is chock-full of stats on social media usage, explanations of how habits and addictions form, and insights from experts about where our obligations as marketers start and stop when designing engaging products.

I can’t do the full piece justice, but here are a few excerpts outlining the problem:

But is this all for real?

This all seems a bit dramatic, and my first impulse was to resist believing it all. “Is technology addiction really addiction?” I found myself asking. “And can these people really not quit?” But the more I thought about it, the more I found myself relating.

You’ve probably been there before, turning to your smartphone instead of interacting with someone nearby—even a close loved one—because using your smartphone feels good… and honestly, it’s easier. You’ve probably also been in the situation where you find yourself mindlessly picking up your smartphone and browsing Instagram (or something similar) without hardly realizing it. I know I have.

Having been a psych minor in college and having done my share of training rats and studying cognitive conditioning, I know enough about the neurological reward system to see how this could be a real problem. Also, as a Millennial human being, I know how annoyed a spouse can get when you’re ignoring her to “stare at your phone.”

OK, maybe this is a thing.

And one has to recognize that the problems caused by habitual engagement with digital technology go beyond social media networks, too. Much of the Internet is designed to keep you mindlessly clicking and performing other behaviors that result in advertising dollars flowing in and product being purchased. And don’t even get me started on smartphone games… I’m sure we’ve all invested more time and/or money in a few than we’d be proud to admit because they kept us habitually engaged.

There’s a model to forming digital habits (and in some cases, addictions), and it works. As Conick explained in his article, it’s called The Hook Model, and it revolves around finding a consumer’s trigger for desired emotions, creating actions that allow the consumer to easily collect variable rewards, and then getting the consumer invested enough that they keep coming back to start the cycle over again. If you’re interested in learning more about the mechanics of how this works, you can read more here.

If you’re a professional communicator like me, your first impulse is to take this model and figure out how to put it to use to create better results in your marketing efforts. But wait… is that wrong?

Where do we go from here?

This is a conundrum I have wrestled with for years. I did an independent study on Analysis of Persuasion in college, and wrote an honors thesis on persuasion theory. The topic fascinates me, but when you mention “persuasion” to many people, it comes across as a dirty word.

I find myself asking, as did Conick in the article that spawned this post, “What does this all mean for us marketers, communicators and creators tasked with building engaging content? Aren’t we trying to come up with sticky ideas, engaging messaging and beloved technologies of which people can’t get enough?”

As an expert in Conick’s article stated, “The best products don’t win. The products that have the monopoly of the mind do.” And at another point, “People will get addicted to anything sufficiently good. You can’t help that.”

Our ultimate goal is often to create experiences that implant the brands we represent in the minds of consumers and alter their behaviors, resulting in brand affinity, habitual purchases and so on. Are we doing something right… or something wrong?

It’s a tough question, and I won’t pretend there’s an easy answer. The issue of how and when to dial back when you’re “too successful” is a conundrum with which we tend to struggle in a society built around the American Dream of individual achievement. In fact, I saw it on display just recently.

My wife has been coaching a local high school’s J.V. softball team. Without going into too much detail, let’s just say her team is not very good. The other day, she was on the phone with the varsity coach talking about how frustrated they were that the better teams were “running up the score” when they were up 20 to 30 runs and the game hadn’t gone long enough for a run limit to take effect. While I understood how frustrating this must be for a coach of girls who are just learning to play the game and could easily become discouraged, I found myself wondering, “How, as the winning coach, do you tell your girls to try less hard? Do you say, ‘Go out there and strike out’, or ‘Don’t try your best this time’?”

I think we could be in a similar situation as marketers creating overly engaging digital content. We don’t want to create outputs that are patently less effective, but in the same way that we’re always encouraged to “remember our audience” when trying to make our messages and products resonate, perhaps we need to think more about how the things we’re creating could negatively affect their well-being, too. We may not be intentionally trying to monetize addiction, but as Conick pointed out in his article, we can “stumble on addictive models by accident of good design.”

One suggestion offered was to give consumers an “out” from potentially addicting digital technology, much like offering a gambling hotline number on casino ads or a notification in a smartphone app that gives people incentive to take a break. Another suggestion was that enticing technology platforms give people the option to set parameters around when and how often they can access content.

Ultimately, as is always the case with communication, the burden of fostering a successful interaction or relationship falls both on the sender and receiver of the message. Marketers have an ethical obligation to use our enhanced understanding of how brains work and what resonates with audience members in a responsible manner. If we think sustained interaction with our digital outputs could negatively impact users, let’s be proactive in helping people control their impulses. Obviously, however, plenty of responsibility falls on the user, too. We can’t directly control people’s actions or habits—at some point, only they can do that for themselves.

In the end, I can only hope that you or I have the problem someday that what we’re creating is so compelling that people just can’t quit it. When that happens, hopefully this rambling philosophical post will be called to mind, and we’ll be responsible in how we handle that success. 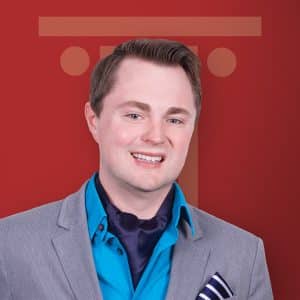 In the meantime, congratulations! Hopefully you made it all the way through this read without checking your Twitter feed. Given the average U.S. consumer checks their phone 150 times per day, I’m sure you’ll be back there soon enough… and when you are, I hope you’ll let me know your thoughts on social media addiction, habit forming content and heck, softball run rules. You can find me at @LTreu.

This post first appeared on AKHIA’s ‘The Brew’ marketing blog.